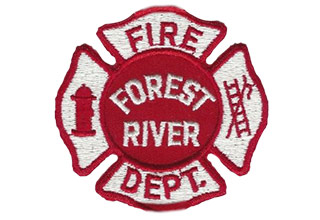 On February 21, 1971, Firefighter Edward J. Nowakowski of the Forest River Fire Department suffered a fatal heart attack in the line of duty while fighting a restaurant/dance hall fire in Wheeling, Illinois.

During the fire, Nowakowski was overcome by smoke, but he returned to active firefighting duties after a short break. Following the fire, he collapsed while rolling up fire hose, and died from a heart attack shortly thereafter.