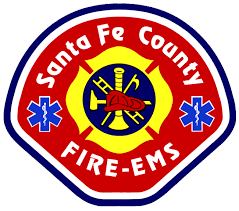 Timothy Jansen died December 2‚ 2012‚ when he was struck by a fire truck while unloading hose at the scene of a structure fire.

He was born February 3‚ 1967‚ in Breese‚ to Marjorie and the late Paul Jansen‚ and was one of six siblings.

Tim was a 15-year veteran of the Santa Fe Fire Protection District in Bartelso. He joined the department after many of his friends did and enjoyed serving the citizens of Bartelso.

Tim was the owner/operator of MacJennas Restaurant‚ named for his two daughters and located across the street from the fire house. He worked long hours at the restaurant‚ where he made many friends and was known for his generosity.

An avid deer hunter‚ he loved spending time with his family and friends on the river and at the clubhouse. He was a member of St. Cecilia Catholic Church in Bartelso‚ Bartelso Knights of Columbus Council 4745‚ and the 7 Levee Club in Bartelso.

He was preceded in death by his father‚ Paul Jansen; his mother-in-law‚ Bernadette‚ nee Varel‚ Kluemke; his dear uncle‚ Father James Jansen; and numerous aunts and uncles.

Tim was remembered as ‘one of the nice guys‚’ a pillar of his community‚ and a generous neighbor with an outstanding work ethic. Everybody loved Tim.