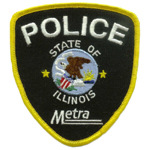 Police Officer Thomas A. Cook was shot and killed while sitting in his patrol car across the street from the Metra Electric Line station at 147th and Clinton Streets in Harvey, Illinois.

He was conducting surveillance on the station, which had seen a recent surge in armed robberies, when a subject walked up to his patrol car and shot him without warning. The subject then stole Officer Cook’s service weapon before fleeing.

On January 5, 2009, authorities charged one of two suspects with three counts of murder. In October 2010 the subject pleaded guilty to murder for acting as a lookout during Officer Cook’s slaying. He also pleaded guilty to attempted murder for his involvement in a shootout with a Harvey Police Department officer earlier that same day. On November 11, 2010, a second man was charged with the murder of Officer Cook.