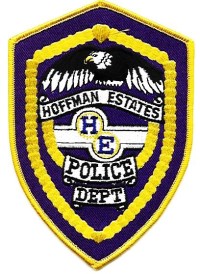 Officer Pye had just arrested the man for battery and had transported him to the police station when the man began to fight. During the struggle, Officer Pye collapsed. He was transported to a local hospital where he died the following day.

Officer Pye had served with the Hoffman Estates Police Department for 21 years. He was survived by his wife, son and daughter.