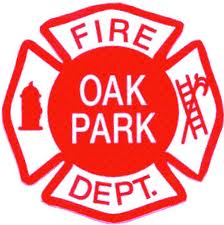 On July 29, 1992, Fire Lt. Luby, a 15-year veteran with the Oak Park Fire Department, died at West Suburban Hospital after fighting a basement fire at 544 N. Humphrey Ave.  Luby, 43, was found at the stair bottom, dead from carbon monoxide intoxication and inhalation of smoke and soot, according to the Cook County Medical Examiner’s Office.

Citing a fire cause, reports stated a young child had knocked over a glass jar of paint stripper that apparently a nearby water heater had ignited.

The Oak Park Fire Department decided to memorialize Luby’s death by naming the new Fire Engine 602 after him.