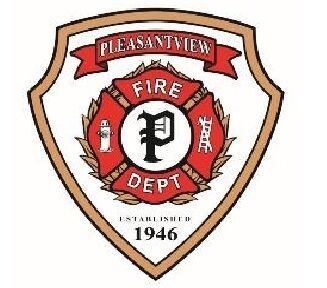 On December 9, 1989, Lieutenant Joseph Samec of the Pleasantview Fire Protection District died in the line of duty while fighting a house fire in Burr Ridge, Illinois. The fire was discovered shortly after 4:30 PM, and more than fifty firefighters from twelve different departments responded to the blaze at the vacant, twelve-room house that was under renovation.

Firefighters initially attacked the fire from outside the house and Samec was among the first firefighters to enter the burning structure. The firefighters entered through the front of the house, but were almost immediately called back when they discovered that the basement was on fire and noticed that the floor was starting to buckle. Samec and Lieutenant Ronald Carlson were backing out of the front entrance of the house when the floor suddenly collapsed beneath them subsequently Samec fell into the burning basement.

Firefighters immediately placed a ladder down the hole and aimed two hoses into the basement. Two firefighters, David Bobar and Ed Switalski, climbed into the burning basement in an attempt to locate Samec, but the heat and smoke were too intense. A second search attempt was more successful, as firefighters found Samec laying face down on the steps leading out of the basement, with no air left in his SCBA. Samec was rushed to La Grange Memorial Hospital, but was pronounced dead on arrival at about 5:45 PM.

Samec had joined the Pleasantview Fire Protection District in 1984. He was awarded a medal of valor in 1987, was named the Firefighter of the Year in 1988, and had received a citation for bravery two months before his death. More than 400 firefighters and more than 100 fire apparatus from various fire organizations participated in his funeral procession.