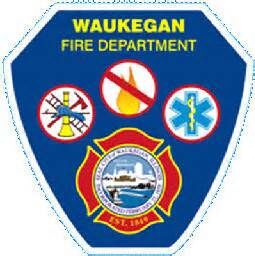 One of the worst tragedies in Waukegan’s history was a fire that occurred on Christmas morning in 1984 at the Karcher Hotel on Washington Street and claimed the lives of nine people. For the second time in their  history, the Waukegan Fire Department mourned the loss of a brother firefighter who died in the line of duty.

On December 29, 1985, Lt. Franklin Mercer lost his life while battling a house fire at 721 McAlister Street. Lt. Mercer had been operating a hose line on the second floor. Lt. Mercers joined his company in an aggressive interior attack after there was a report that children were trapped in the building.  He died as a result of multiple injuries sustained when he fell through a floor that was weakened by the fire.  At his funeral, representatives from 63 public safety agencies attended to honor his service.

Lt. Mercer was a well respected Fire Officer and friend to many members of our department. He had numerous academic accomplishments and certifications relating to the Fire Service.

Franklin Mercer was survived by his wife Paula and two children and was a man of honesty‚ and integrity who is missed by all those who knew him.