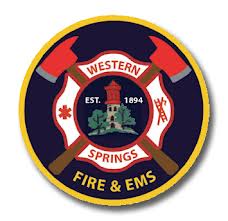 Western Springs Fire Department suffered its only-ever loss of a firefighter when Willard Christoffer fell 65 feet in a training exercise, leaving behind his wife Lucy and their two children, Charlie and Alyssa.

He was pronounced dead at the hospital. The cause of death was listed as multiple injuries that resulted from a fall from height. Coronary arteriosclerosis was also listed as a contributing factor.