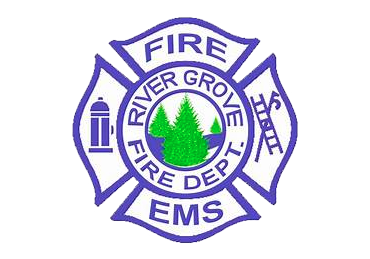 Robert “David” Reisinger was a RN (trauma/emergency medicine/critical care), EMT-P, a firefighter, and an EMS manager/educator for John H. Stroger Jr. Hospital of Cook County and the Chicago EMS System. He also worked part-time at the River Grove Fire Department in Illinois. His career was that of public service.

David was born in Louisville, Kentucky. Since childhood, he had a passion for cars and impressed his family with his uncanny knowledge, especially of emergency response vehicles. This segued to a love and pursuit of EMT & firefighter careers and then nursing.

David’s work life was highlighted by stellar professionalism and work ethic. His infectious positivity earned him an esteemed reputation. He was known for reliability, collegiality, and intellect. He kept his composure in the most challenging situations. He provided seamless patient care from the first encounter to the emergency room. His achievements include leadership roles in EMS/nursing education and administration.

David practiced with compassion, patience, and humor, qualities that were part of his personality. Upon retiring from JHS/Chicago EMS System, he continued with his position at RGFD, his “work-home.” He was a valued team member, mentor, and friend. When on firefighter duties, he never hesitated to assist the EMS crew. He would open the doors for them on their outgoing calls with a thumbs up or, “Have a fun run!” His mischievousness and quick wit would have his firehouse family laughing breathlessly.

One of David’s joys was tasting all kinds of food. His favorite was sushi/sashimi. He said that in his next life he would be a bear and eat salmon (sashimi) with abandon. He was a social animal. A native Louisvillian, he loved to host an annual Derby Party in his Chicago home. There would be raffles with distinct prizes, signature Derby foods, and his favorite, quality bourbons. Good times were had by all!

A warm light that touched hearts, a smile and generous spirit that put all at ease, David gave his beloved husband 18 years of devotion until his last breath. Working at the beginning of the pandemic, he caught COVID on his last firehouse shift in March 2020. He recovered after a long month, during which he continued to work on COVID safety-related policies for RGFD. After recovering, he was eager to return to work and join the first responder heroes. Tragically, on April 29, the day of his scheduled return, he passed unexpectedly from a fatal COVID-related stroke. His loss will leave a void in the firefighter, EMS, and RN community of Illinois and in the heart of his loving husband.