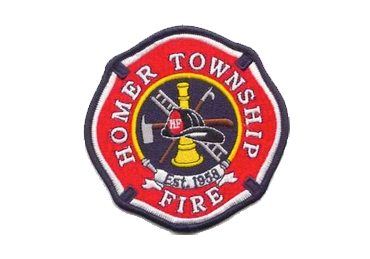 Mike enjoyed fishing, shooting, and family time. He took every opportunity to call the kids and grandkids and head out for some fishing. That is probably the thing that we miss the most since he’s been gone—sitting on our favorite abandoned bridge, a family pond, or Homer Lake, fishing and enjoying having family around.

Mike was a kind, gentle man. He always tried to be the most caring and compassionate person possible. His caring and the joy of knowing that he could make a difference when people needed help are what led him to the Kickapoo Firehouse to talk to the fire chief when he was 19. Mike was instantly ready to commit to serving the community as a volunteer firefighter after that meeting.

From training to the worst fire that he ever fought, Mike gave his heart and soul to the local volunteer departments that he served. Mike and I were looking for a place to rent in 2014 when we saw a “for rent” sign in Homer, Illinois. Mike called the number as we were leaving town. The owner was available to meet us at a home that he had available. We actually followed the fire chief’s truck into the drive. I don’t think he even saw the house, just the truck and the chief. We moved in a week later, and not long after that, Mike was a member of Homer’s Department. He loved the training, the house burns, and other activities that Homer provides for their volunteers. He went to every meeting, training, and call that he was able to attend, even turning around while on the way to a family outing because of a working fire and following a tornado into town so we could help with anything we could. Whatever it took, he wanted to be here to help.

One of his favorite things was the boot drive; he was a master at getting people to donate for muscular dystrophy. He was so good at it that he was usually given the task to take the boot around at the yearly golf outing. Last year on his birthday his department held a boot drive in Mike’s honor!