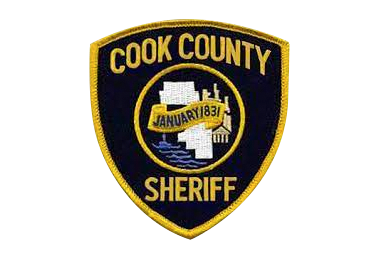 Deputy Alfred Brown succumbed to injuries suffered five days earlier after being struck in the head as he was arresting a man for disorderly conduct in the Cook County 6th District Courthouse in Markham.

During the arrest, the suspect began resisting and gave Deputy Brown a backwards headbutt, striking him just above the left eye. The impact caused Deputy Brown to suffer a stroke several hours after the incident, and four more times in the next five days, until his death. The coroner determined Deputy Brown’s death was due to blunt head trauma and ruled it a homicide.

The suspect was sentenced to 25 years in prison but was paroled in February 2005 after serving 12 years.

Deputy Brown had served with the Cook County Sheriff’s Office for 17 years and was a US Air Force veteran. He was survived by his three children, mother, brothers and sisters.