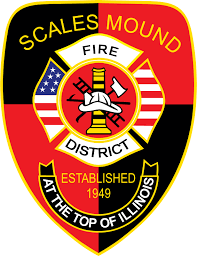 Captain Leo Werner was someone who represented the best in Scales Mound. Leo was a man who showed respect and responsibility to his country, family, friends, and community. After serving two years with the U.S. Army and several years with the National Guard of Illinois, he led his community in many ways. After returning from the military, he quickly joined the Scales Mound Fire Department and became a firefighter and first responder. He served his fire department for 46 years and proudly served on the new truck committee for all three fire stations in his community.

He was a Boy Scout leader, served on community committees, and worked for Goodyear Tire Company for 30 years. Leo was an avid music lover, history buff, and showed passion and respect for firearms. After his retirement, he decided to become a truck driver for RT&T Trucking, which took him down many roads with many fond memories. Leo once again decided to try another form of community involvement, this time becoming a full-time school bus driver. He loved his school, the students, faculty, sporting events, and everything school related. He was known as “Papa Leo” to everyone.

Leo was honored by the organization Running for Heroes, which was an impressive recognition to his true character as a military man, firefighter, and community leader. Leo found great fulfillment in serving the fire department proudly, leading his fellow firefighters, and mentoring the new firefighters.

He leaves behind his wife, daughter, two sons who are also firefighters, a daughter-in-law, a son-in-law, four grandchildren, and a community of pride and friendship.