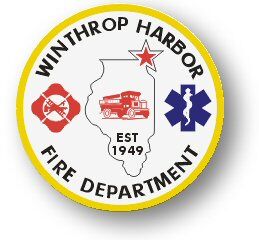 Born on January 21, 1928, Samuel L. Taylor, Sr. served the citizens of Winthrop Harbor for over 22 years. Joining the department in 1959, Taylor brought many skills and enthusiasm to his fellow members.

On October 29, 1981, while on the scene of a residential fire, Taylor suffered a major heart attack. Attempts to revive him at the scene by his fellow firefighters were unsuccessful. He was pronounced dead at the hospital shortly after, at age 53.

Taylor’s helmet still rests in the corridor of the fire stations, as a reminder to all when duty calls.